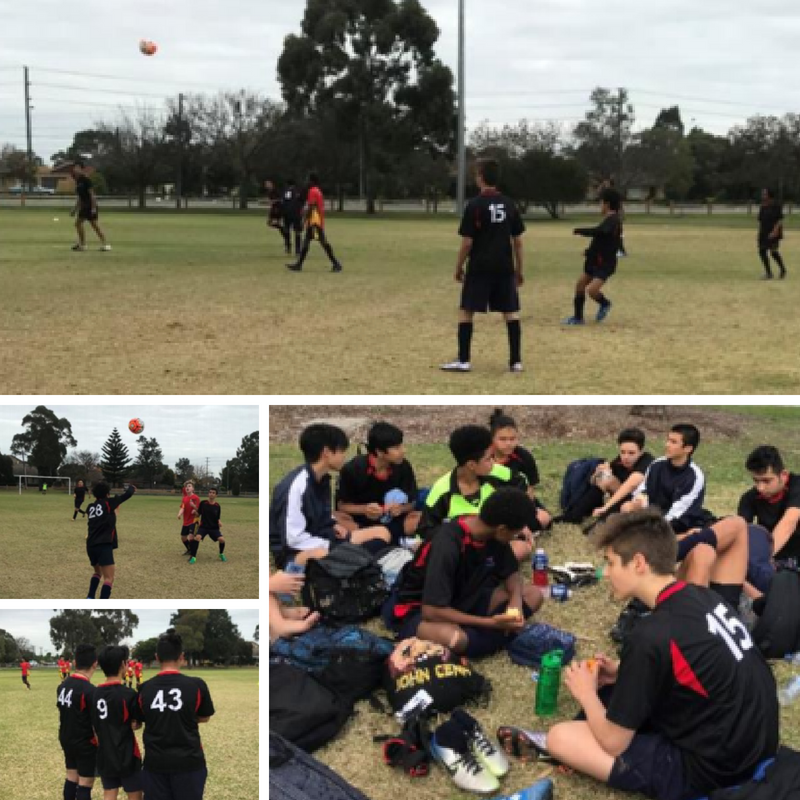 On 24 May, the Year 9/10 boys’ soccer team went to Donath Reserve to play a fun-filled day of soccer.

In the first game, we played Reservoir High. It was a very intense match and we were so close, but Reservoir High beat us by a whisker 3-2.

The second match was a bit too much for us, as we played against Thornbury. They had a lot of experienced players.

Last game of the day was against Northcote. Their team was very organised and had a lot of skill.

Timor was our captain for the day and he showed a lot of leadership and skill. Overall, the team did a really good job and we were all proud of each other.

On behalf of the 9/10 soccer team, we would like to thank Ms Saxton for taking her time to train us and being there with us.