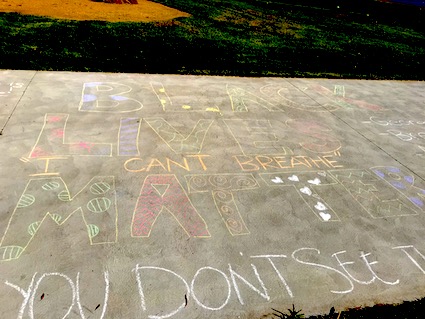 Being young people in a time like this, it’s important for us to know and learn about what occurs in the world around us. It’s how we grow and part of the formation process of the characters we turn out to be. This is fundamental because what we learn now as youngsters will influence what we enforce in the future as leaders.

Through being engaged in what global media networks have to show us, we’ve learned about meaningful movements such as #BlackLivesMatter.

This had existed for many years but had recently gone viral due to the recent deaths of George Floyd, Breonna Taylor and Ahmaud Arbery in the United States. This captured the attention of all people worldwide causing protests surrounding the Black Lives Matter movement to occur in numerous countries including Australia.

This also blew up in all social media platforms that are utilised by young people like us, informing us about the injustices suffered by black lives including Aboriginal and Torres Strait Islander peoples. It showed us the importance of equality amongst all peoples and influenced us to make positive change. It also helped us to see that in order for us to defeat this hierarchy of race, the change begins with us, as individuals.

We make this change through the little conversations we have with people in our school community, cultural community, religious community and every community that we are involved in. It begins with little actions such as sharing accurate information, or talking about real issues such as this with your peers, or even writing about it with chalk on the grounds of your school.

Little acts such as this make a big and positive difference as it teaches and promotes equality and unity amongst races to both students and staff.

As a proudly diverse and multicultural school, this is important. And so, on behalf of William Ruthven SC, thank you to those who were involved in practicing acts such as this within our school community.  Because as young high school students, what we can do to help conquer this injustice is limited. And so we do what we can by raising awareness and promoting justice in expressive ways such as this.  #BlackLivesMatter