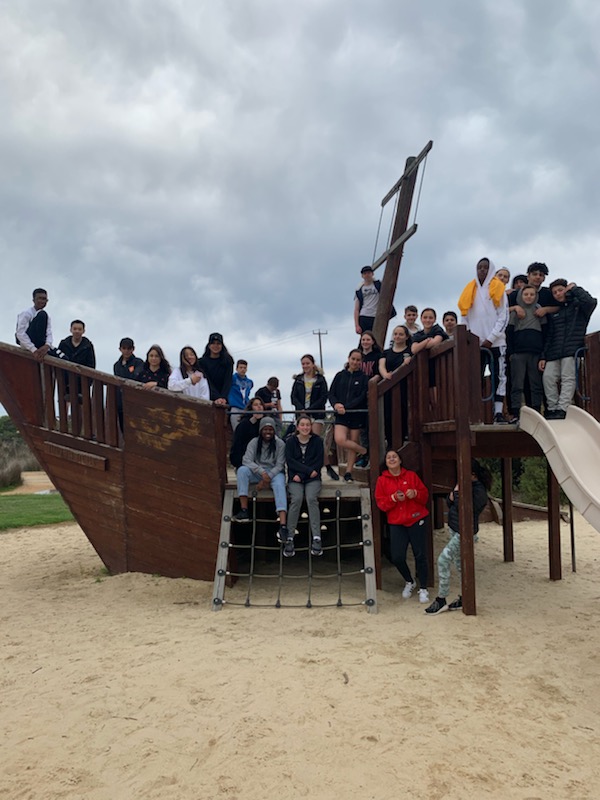 On September 18, many Year 8 students went to Anglesea for three days and two nights of bonding and fear-fighting fun at the Araluen Lutheran camp. We were greeted by the chef and groundskeeper of the camp who gave us basic instructions to ensure safety and fun! After the brief introduction we were assigned rooms and had the time to set up before activities begun. Our volunteer teachers split the Year 8s into groups – an archery group and a low ropes group, and after some trial and error, we ended up having an amazing time. We ended the night with dinner and a long hike under the bright stars.

We arose to the peaceful sounds of nature and were greeted by kangaroos on our way to breakfast. After breakfast was when the fun truly began. One of the separate groups headed out to Blazing Saddles for an amazing afternoon of horse riding! We saddled up and were taught the basics until finally we took to the countryside and rode through the beautiful gifts of nature until the next groups’ turn. We all had great fun riding horses.

Our last activity of the day was … surfing! Many of the campers were taught by the “Go Ride A Wave” surfing coaches and had a thrilling time being wiped out by the ocean. We left with sand on our feet and water in our ears, but it was worth it. After dinner we settled down with a movie night and watched the award-winning film Wonder.

The next morning was bittersweet as we said our goodbyes to the camp and the wildlife. We spent the remaining hours at the beach watching the waves and climbing rocks until sadly it was time to leave. As we arrived home on Friday afternoon, we were all so tired yet so grateful for the memorable time at camp.

We would like to thank Ms Saxton, Mr Boudaher, Mr Lewis and Ms Mena for organising and volunteering to take us on this extraordinary camp. What a brilliant way to end term three.