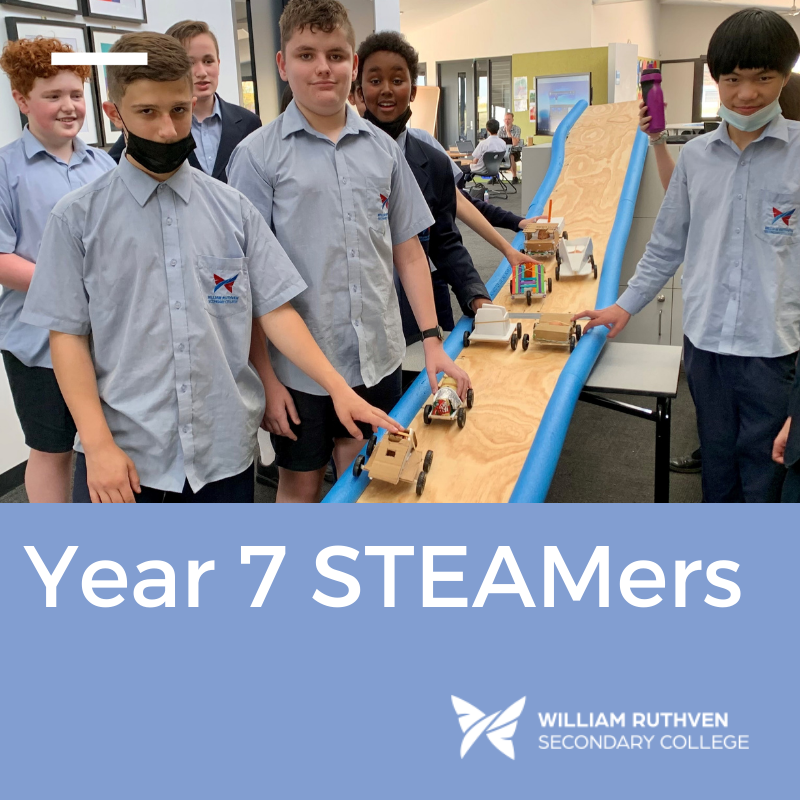 While Australia is making plans for transferring from fossil fuel cars to EVs, our Year 7 STEAMERS are focussing on designing, building and testing their fast safe cars. The designs were based on the class lessons on forces and motion. Students learned something about 2D and 3D views before they ‘bought’ a series of supplies from the class warehouse. The most exciting part was setting to work constructing their designs. Stage 4 was the testing on the purpose-built four-metre crash test track and the endless modifications to ensure that the cars did not run off the track at high speed!

There were so many highs and lows as the beautifully designed and constructed models flipped or crashed, destroying their boiled egg drivers. Often it was back to the drawing board, back to the workshop and then back to the test track. It was fabulous to see the students discussing the problems and coming up with a range of potential solutions.

The angles of axels had to change. Extra weight was added and extra protection added to the driver cabin. Compression bumpers were added to prevent the car from disintegrating as it hit the crash wall. Sometimes the modifications worked but at other times, they added to the car’s instability. Many egg drivers died in the process, but they gave up their lives for a good cause! This was a huge exercise in problem-based learning.