Where are they now? JACK AQUILINA 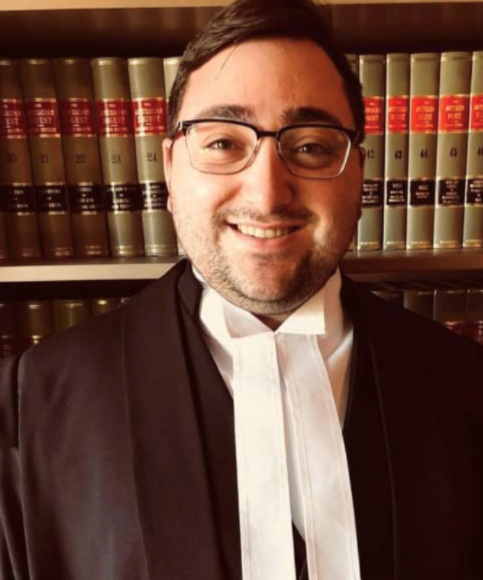 This is another of our occasional articles that track down some of our alumni and see their progress through life and their careers.

Jack has always been a young man in a hurry. While a senior student at WRSC he was grasping every opportunity to shape himself as a future leader. It was no surprise when he took an interest in law and politics and was elected school captain. At 16, Jack joined the Liberal Party, which at the time, he found most closely aligned with his values. While a senior student, Jack was drawn to the law as an instrument of social justice.

“I had an obsession with giving all people access to the law and a voice in legal matters,” he says.

This interest in social justice was in part the reason for his successful election to the La Trobe University Student Representative Council, where he was involved in working with the University to increase diversity within the law student body.

“There were many clever and able students who might not have initially gained the high marks needed to get into law,” he says. “We worked on a program that would enable these students to transition into law from other degrees”.

He was also very much involved in a range of clubs and considers this diverse involvement just as important a part of his development as his academic studies.

Jack graduated from La Trobe University with the degree Bachelor of Laws (with honours). While applying for a range of positions in legal firms, the limited number of positions available each year meant that he was not placed, but as with all successful people, he turned adversity into a different kind of success, undertaking further study for a Master of Laws degree. It was during this time that the opportunity arose for him to take up a position as a judge’s associate. He worked with four judges, one of whom was shortly to become a senior criminal justice in the Supreme Court.

The stint as judge’s associate was followed by a position with Ernst and Young, one of the leading Australian law firms. Jack was appointed to a position in their tax litigation section.

Ernst and Young prided themselves on representing many of the top 1000 companies. It was while working in this position that he was approached by Deakin University to advise on their revamping of the criminal law course. They valued Jack’s recent student  perspective on getting a better balance between practical and academic elements of the course.

Jack has continued his association with Deakin University, now taking on the role of academic and seminar leader within the law faculty. At the same time, his interest in tax law saw him beginning his studies for the higher degree, Doctor of Philosophy. He is investigating the tax commissioner and his powers of debt recovery. He asks the question, are these powers legal or fair?

Jack Is currently an associate with Holding Redlich and has been involved in litigation associated with the Job Keeper program, representing sole traders seeking to access Covid-driven financial support.

While Jack’s interest in politics has waned, he maintains his interest in public policy and has published his opinions in several notable journals.

“I’m still passionate about fairness and justice but it’s in the area of policy and in litigating on behalf of the ordinary people that I can make the greatest impact,” he explains.

Jack Aquilina is keen to help other young people interested in a career in the law and is happy to take questions from students. He can be contacted on jackaquilina@gmail.com.